Nepal became a Federal Democratic Republic on May 28, 2008  after the Constituent Assembly overwhelmingly voted for abolition of the country’s 240 year old monarchy. King Gyanendra, earlier suspended as head of the State on 15 Jan 2007 was deposed on 28th May 2008. The then Acting Head Prime Minister Girija Prasad Koirala continued as acting head of State of the Republic of Nepal till the election of the present president. Even before one year to this date is completed, Nepal is plunged into political crisis. Vedic Astrology gives us tremendous insight in the future of this once only Himalayan Hindu kingdom.

Calculated according to Vedic Astrology, the planetary positions and the horoscope  at the time of this historic voting are shown here.  Lagna is  Capricorn ruled by Saturn, representative of masses and democracy. However both moon and lagna are aspected/occupied  by malefics Mars, Saturn, Rahu and Ketu and lack any benefic aspect or association. This is very alarming and indicative of dangers to the current  youngest republic of the world.  Rahu association symbolized the communist forces (Maoist leader Prachanda) ushering in the new Republic, ending Hindu monarchy. Nepal has a turbulent political history connected with its royal family  even during the life history of the  present King Gyanendra. The Vedic horoscope of the present republic signals additional  turbulent times for this geopolitically important landlocked nation between India and China. In our next blog, we intend to follow future of Nepal where return of some royal family member as monarch may not be ruled out. 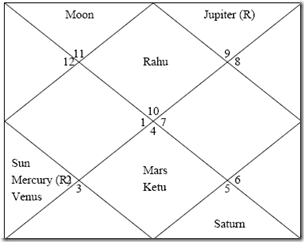 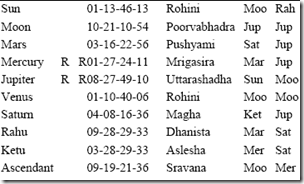