At least 146 devotees, mainly women and children, were crushed to death and over 300 injured in a stampede at the Naina Devi temple in Bilaspur district of Himachal Pradesh in India, about 150km from Shimla on Sunday, August 4th. More than one lakh pilgrims were trekking the one-kilometre stepway from the Naina Devi bus stand to the hilltop shrine. Rumour of a landslide led to the stampede. The tragedy struck at 11am about 500m from the hilltop temple, when the crush of pilgrims caused the railings hugging the pathway to give way. 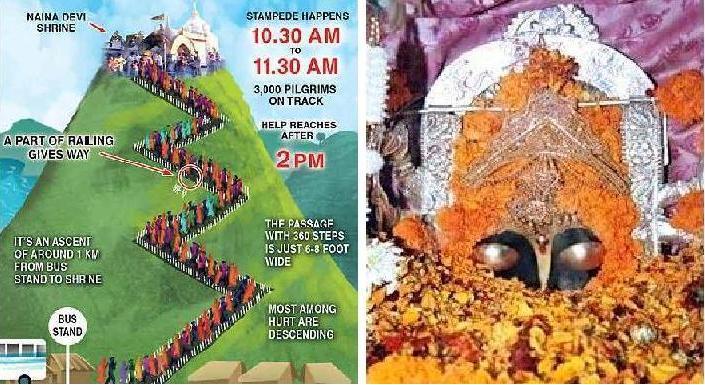 It is the same spot where 65 people had been killed in a stampede in 1978 (it is noted by some that that tragedy also has its origin in rumors), while the exact date is to be still identified. The time gap of thirty years between the two tragic incidents pinpoints to an astrological coincidence. Saturn has been in Leo in transit according to Vedic astrology in both of these tragic times and within a orb of five degrees in the first phase of PoorvaPhalguni nakshatra.

This is no coincidence and is an observation for further astrological research and reminds us once again of the importance of astrological decision making in our lives.