Kyrgyzstan is under siege. President Bakiyev is reported to have  flown out of the capital, Bishkek. Mr Bakiyev came to power amid a wave of street protests in 2005 known as the Tulip Revolution. Roza Otunbayeva is heading an interim government of Kyrgyzstan. Vedic Astrology shows the planetary forces behind.

Kyrgyzstan declared independence from the Soviet Union on 31 August 1991. The chart for the day is shown her 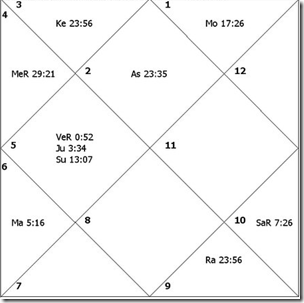